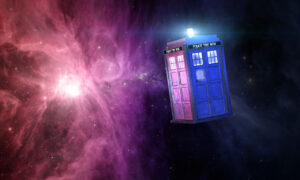 Hello officer, I seem to be lost.

We seem to have something of a fascination for time machines, if the success of Dr Who, Back to the Future, and numerous other such shows are anything to go by. H.G.Wells started it all off many years ago, and maybe when we do finally work out how to do it, someone could pop back and tell him how well his book, ‘The Time Machine’, is still doing.

Wells sent a man one million years into the future, but if I had a time machine I think I would rather go backwards and change a few things. I would start by seeking out my former self to warn me about some ill-considered decisions I was about to make, and their painful consequences. Mind you, I probably wouldn’t listen. As Alice in Wonderland said, ‘I give myself very good advice, but I very rarely follow it.’

In any event I find going back in time a highly improbable scenario. ‘The moving finger writes and having writ moves on, nor piety nor wit shall lure it back to change one word,’ Omar Khayyam wrote, and I agree. I really don’t think we will ever make a time machine of the Dr Who variety, but I do think there is a spiritual way we can go through time.

In the Krishna scriptures time is described as being a fierce form of God. ‘I am all-devouring time,’ Krishna says in the Bhagavad Gita, ‘come to annihilate the worlds’. Oppenheimer, who invented the nuclear bomb, famously quoted this verse when he saw his terrible invention tested, foreseeing it destroying the world. Let’s hope he was wrong.

One way or another, though, all powerful time will eventually destroy us, along with whatever we own. However, in the Gita, Krishna goes on to say that we are timeless beings and that only our material forms are subject to time. We are said to be mere observers of this changing world, completely apart and different from it. Therefore Krishna says that we need only realise this truth and we will have effectively travelled right through time and reached eternity. I think that beats the Tardis.