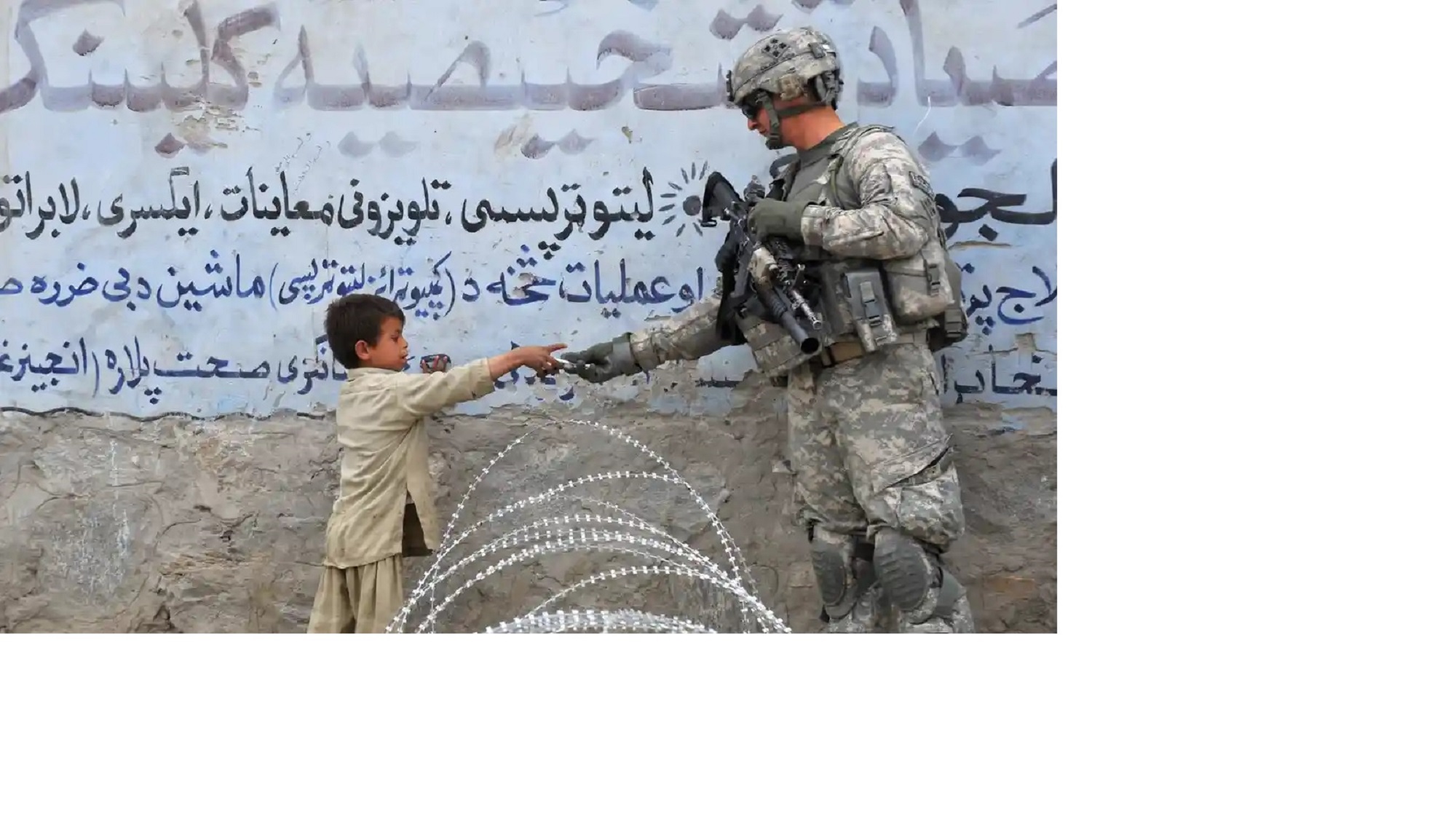 It is interesting that the US and UK style themselves as “liberators” of Iraq. Subtly implied in this euphemistic term is the assumption that we are ourselves already liberated, in a position to bestow our happy state on others. And that is surely a commonly held assumption in the West. We view ourselves as having the most progressive and free societies. But how true is this?

A popular newspaper columnist recently wrote a book about globalisation in which she described it as the “onward march of the human rights culture.” As one country after another eagerly embraces the Western ideals of capitalism and the free market, then along with Coca-cola, McDonald’s, and pop music, they inevitably imbibe the West’s underlying values such as democracy, liberality, and tolerance.

Junk culture aside that sounds like a good enough thing. Who can complain as the fanatical theocrats and ‘ethnic cleansing’ despots are swept away by the all-engulfing tide of the free world? But it begs a question. Where is it all going? The West may enshrine progression and liberality, but what are we progressing toward? If we are to be truly liberal, then what is the evil from which we must be freed?

Perhaps it is obvious — oppression, denial of the basic right to practice the religion or politics of choice, denial of education or employment, and so on. What all that adds up to is that we want to be happy, to be free or liberated from unnecessary suffering.

On the face of it, the West promises just that. Certainly, it is striving in that direction. But has it properly identified the real impediments to lasting happiness? Even if we free ourselves from the oppression of every tyrannical regime on Earth, it seems we still face some pretty oppressive problems.

For example, figures given by the charity Mind show that three in ten people in the UK suffer from a mental illness. Every day of the year twenty of them commit suicide. Alcoholism is rife, with 40,000 people a year admitted to hospital for alcohol-related illnesses, out of which 5000 of them will die due to that problem. As for America — 30,000 US citizens took their own lives during 1997. The Journal of the American Medical Association recently reported that the numbers of Americans being treated for depression between 1987 and 1997 more than tripled from 1.8 million to 6.3 million, while those taking antidepressants doubled. Then there are the crime figures…

Clearly, something is going wrong somewhere. It seems that the advance of technology and modern amenities is not making us happier. In fact, a recent UN survey polled a large number of people in many countries around the world, trying to determine who was the happiest. Way down the list came the US and the UK, along with other Western countries. Top, perhaps surprisingly, was Bangladesh, where the average person consumes some thirty times less resources than his American counterpart.

India’s ancient Vedas have much to say about this. They would first of all question whether increasing access to resources means more happiness. Indeed, it is said that the more we have the more we will want. It simply feeds our lust and greed. The Vedic ideal is “simple living, high thinking.” Keep our needs to a minimum and concentrate on a higher, spiritual reality.

Lust, greed, anger, envy and illusion are the true oppressors we all face. Even the oppression of tyrants can be traced to these agents, as they drive despots everywhere. And which of us can say we are free of them ourselves? But as long as we are not then can we say we are truly liberated?

The Vedas define liberation as a state of ineffable peace and inner joy. Are we peaceful as we view the barrage of consumer advertising that daily assails our senses, urging us to buy more and more? Are we happy when we realise we simply cannot afford the things we think we need? How does it make us feel when we see others who have those things?

The founder of the Krishna movement, Srila Prabhupada, coming as he was from a peaceful Indian village, and bearing the spiritual messages of the Vedas, looked with astonishment at Western society. “It is madness,” he declared. “A mad pursuit of a mirage of happiness, an illusion that you will never grasp.” His message was simple. We are all eternal parts of the Supreme Spirit, blissful by nature. Shift your focus away from material things and onto this truth and you will find the happiness you seek

Of course, the secular ideologies of the West, and increasingly the whole world, take no account of spirit. It is little more than rampant materialism dressed in the smart clothes of progress. Sooner or later we have to wake up to the fact that it is a progression toward insanity. Far from advancing human rights, it is robbing us of our rights, of our birthright to be peaceful and happy, a right that is being utterly overwhelmed by a tidal wave of sensual allurements that promise much and deliver little. Is that what we want to bestow upon the world?