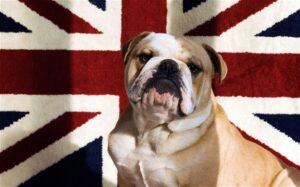 Curious to see if I was an authentic Brit I recently attempted the Life in the Uk test that the government requires aspiring new British citizens to take. To my great relief I passed it with 90%, only falling down on a question of how long was the hundred years war. I can’t see many people knowing that it was actually 116 years nor indeed how relevant to being British that knowledge is. I would think it better to test prospective citizens on their ability to talk about the weather or perhaps on their queuing technique.

Although born in London, after coming to the spiritual path of Krishna consciousness I now believe that Britishness, Frenchness, Chineseness or any other such designation only pertains to the temporary body. According to Krishna who spoke the ancient Sanskrit text of Bhagavad-gita, we are eternal spiritual beings living in material bodies, and in that respect we are all the same.  Krishna even offers a little test of his own that we can all do to show the truth of this. Observe, he suggests, how the body changes quite radically from a baby to youth to old age, and yet you remain the same person. Now in my sixties I vividly see the truth of that wisdom. I don’t feel any different now to when I was thirty, but my aging body begs to differ. As Oscar Wilde once said, the problem with old age is not that you are old, but that you are young.

The unchanging self within the body is, I understand, who I really am and as Krishna explains this might take many forms in so many lifetimes. What is called British now will in due course become simply dust or ashes, and I will have moved on to who knows where. So instead of being British and proud, with my 90% pass mark, I am now simply trying my best to be a humble spirit soul.