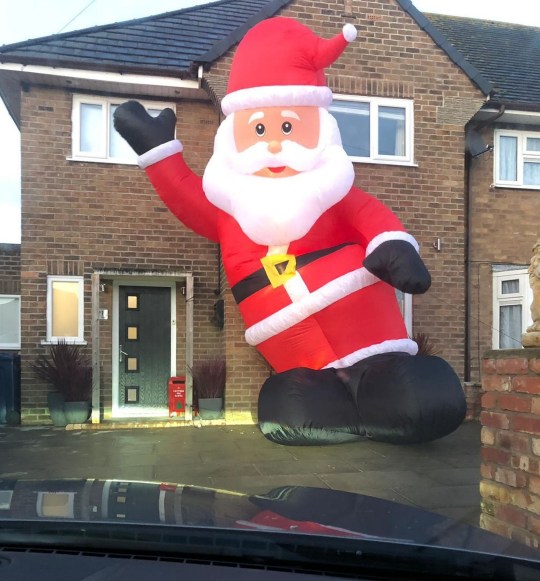 COME OUT OF THE DARKNESS Posted in: Articles, Blog – Tags: Christ and Krishna, meaning of christmas 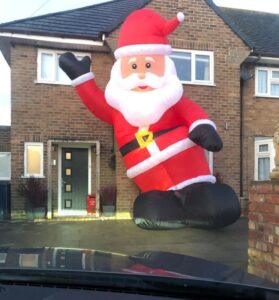 There must be more to Christmas

Perhaps one of the saddest parts about growing up is learning that Father Christmas is not real. I recall a few years ago hearing how a teacher had been hauled across the coals for revealing this terrible truth to his class of six year olds, after outraged parents had bombarded the school with complaints.

I was never a big believer in Santa myself. I think it dawned on me at an early age that a portly gentleman bearing a huge sack on his back somehow would not fit down the chimney, even accepting that he had flown across the skies in a reindeer drawn sleigh to get there. More of an issue for me as I was growing up was the reality of Jesus himself; was there ever such a person, and was he really God’s son? I was inclined to accept this but faced conflicting messages from my seniors, some of whom advocated in favour and others quite the opposite. School introduced me to the concept of scientific atheism, that belief in God was irrational and that science had all the answers. The patent falsity of this claim soon became apparent when I began to ask the big questions like why am I here? Why do we die? What is the point of our lives? And so on. These would generally be dismissed with a laugh. ‘Don’t waste your time with such pointless enquiries. Life is meant for living, that’s all.’

An understandable view perhaps from science teachers, but even philosophy lecturers had apparently decided that such questions were useless. My wife told me how, when she was studying for her philosophy degree, her professor had warned her, ‘If you are here to discover life’s meaning you’re in the wrong place. Philosophy today is simply about the meaning of words.”

As a young boy I attended Sunday School in my local church but they too struggled to answer my queries. I remember one day asking a church elder, “If men are made in God’s image why are they imperfect and even sometimes evil?” The man stared back blankly. “Some things are hard to understand,” he said. “All will be revealed in time.”

This did little to strengthen my faith and I went through my youth in a state of some perplexity. On the one hand, I assumed the guise of an informed and rational atheist, subscribing to the latest scientific theories, but within myself I would secretly talk to God. I never admitted this secret to friends and family, for fear of ridicule, but I even had trouble myself coming to terms with the fact that I actually did have faith.

As I grew older my confusion was compounded as I sought answers by delving into all kinds of quasi-spiritual books and a plethora of other esoteric works, such as the Greek classics. I didn’t know what to believe. It wasn’t until I came across the ancient Vedic writings, and especially their great ambassador, Srila Prabhupada, that things started to make sense. At last my faith was given a rational and indeed scientific basis. I could finally declare myself to be a man of faith, confident in my ability to establish the reasonableness of that position.

It was only then that I understood the true position of Jesus and the real meaning of Christmas. “Christ was God’s pure messenger,” explained Prabhupada. “Such great personalities sometimes sacrifice their lives for our sakes.” This was surely true. The message of surrendering to God and giving up sinful life tends to attract fierce opposition. Jesus had paid the ultimate price for the love he showed and taught. I was deeply moved by this thought. Christmas, and particularly Christ’s glorious life and sacrifice, was something worth celebrating.

I had often heard Christ’s life and teachings characterised as the victory of light over darkness, of truth over falsity. He had taught that we are servants of God not Mammon, or material profit. Looking around me it appeared that this message had fallen on deaf ears. Most people were solidly engaged in a frantic endeavour to secure wealth and worldly happiness. Material pleasure was the goal and even Christmas itself had become a virtual orgy of sensual gluttony. Prabhupada opened my eyes to Christ’s real message, “What does it profit a man if he gains the world but loses his soul?” I saw the truth of this. No one seemed to be finding satisfaction and lasting joy in worldly pursuits.

I realised that festivals like Christmas were meant to remind us of these spiritual truths. Diwali, perhaps the Hindu equivalent of Christmas, which was recently celebrated, is another example. This also marks the victory of light over darkness, good over evil. God himself appeared many years ago as Lord Rama to tackle a powerful demon named Ravana, the very embodiment of darkness. After a terrific fight, described in the great epic, Ramayana, he despatched the heinous monster and that is celebrated to this day, when pious Hindus light lamps symbolising his victory.

In one Vedic prayer it is said, “I offer respects to my spiritual master who forced open my eyes, freeing me from darkness with the torchlight of knowledge.” Srila Prabhupada taught us that darkness means ignorance, not knowing who we are, why we suffer, who is God and what is life’s true goal. The very questions no one could answer when I was younger. Questions that nevertheless do have answers, delivered by personalities like Jesus Christ, Lord Rama and Srila Prabhupada. We observe festivals to reconnect with their teachings, to remember that we are eternal servants of God, and that our real goal should be to come back to the point of loving him, not Mammon.

This is the path to real happiness. Ignorance means suffering, as we act in foolish ways that bring painful consequences. Festivals like Christmas and Diwali are therefore joyous occasions because they celebrate the greatest possible gift that we can all receive, the gift of knowledge, peace and ultimately everlasting love.