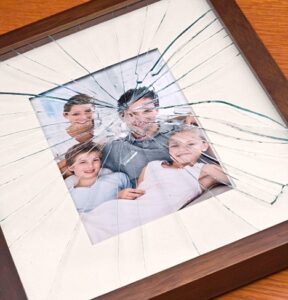 Exactly echoing a message found in the Bhagavad-gita, a senior judge recently declared that “almost all of society’s social ills can be traced directly to the collapse of the family life.”

In a speech in Brighton to lawyers from Resolution, formerly the Solicitors’ Family Law Association, Mr Justice Coleridge warned of a “cancerous” increase in broken families and said the government must take “comprehensive action”. He described his experience of handling increasing numbers of cases in family courts as being a “never ending carnival of human misery – a ceaseless river of human distress”.

The judge was not mincing his words; just as Arjuna in the Bhagavad-gita some 5000 years previously had not minced his words either. “With the destruction of family the eternal traditions of religious practises are destroyed,” he said to Krishna. And the ultimate end of such destruction would be “dwelling endlessly in hell.”

It seems such hellishness is already being experienced if the good judge is to be believed. Largely concurring with Arjuna’s analysis of the problem, he went on to state that the effects of “family meltdown” would be seen over the next twenty years to be “as destructive as global warming.”

The family unit is of course the foundation of any society. This is where we imbibe most of our values that take us through life. Therefore in the Vedic system family life revolves around spirituality. From an early age children are instilled with a strong sense of morality and habituated to regular spiritual practice. The great saint Prahlada said that this should start “from the very beginning of childhood.”

Translating this into a practical programme for today, Srila Prabhupada states in the Gita, “The best process for making the home pleasant is Krishna consciousness. If one is in full Krishna consciousness, he can make his home very happy, because this process of Krishna consciousness is very easy. One need only chant Hare Krishna, accept the remnants of foodstuffs offered to Krishna, have some discussion on books like Bhagavad-gita and Srimad-Bhagavatam, and engage oneself in Deity worship… One should train the members of his family in this way.”

As lifelong celibacy is not really an option for most of us, we need to enter family life. At least we should, but of course this is one of the social ills that the gradual erosion of moral standards has produced. People want to liase with the opposite sex, but increasingly the necessity of this being within the context of marriage is being seen as old fashioned. But the Vedas describe this as illicit sex, productive of so many other problems.

For example, “unwanted progeny”, one of the ills listed by Arjuna in the Gita. This means children born or raised outside of a functional marriage and who are therefore more likely to be problematic. As Mr Justice Coleridge put it, “I am not saying every broken family produces dysfunctional children but I am saying that almost every dysfunctional child is the product of a broken family.”

It should be obvious that a family where husband and wife live happily together is best for the children and indeed for society as a whole. And that is where the above spiritual practises are so helpful. As the old wisdom states, “A family that prays together, stays together.” Krishna consciousness certainly makes us peaceful and also gives us a higher happiness beyond the flickering pleasures of this world.

This takes the pressure off of our relationships, which so often fail when one or other partner fails to give the pleasure and enjoyment they once gave to the other. When we become partners in a spiritual quest rather than in just an attempt to mutually gratify our senses we take our relationship to another level. And if we can set such examples for our children, while at the same time involving them in the spiritual practises, then surely things will improve all round. Peaceful people produced from peaceful families will mean peaceful societies.

It will even have serious economic benefits, as the cost to society and the taxpayer for dealing with the problems of dysfunctional families is astronomical. An expert on the subject, Bob Rowthorn, Professor of Economics at Cambridge University, has said that with one in three children expected to experience parental divorce or separation, the potential cost to the Exchequer runs into billions of pounds. “The long-term cost of subsidising family break-up is unsustainable,” he said. “It is time to switch resources towards a system that encourages and supports two-parent families to ensure their survival.”

That system is Krishna consciousness. Sadly the good judge did not recommend spirituality as a solution, but this is surely the only way to stabilise our families and society. It is, as Prabhupada said, simple, and furthermore it costs nothing at all beyond a little investment of time.

Who should be free to speak?
What is Love (Pause for Thought, BBC Radio 2, April 23, 2015)
Krishna Dharma © All rights reserved