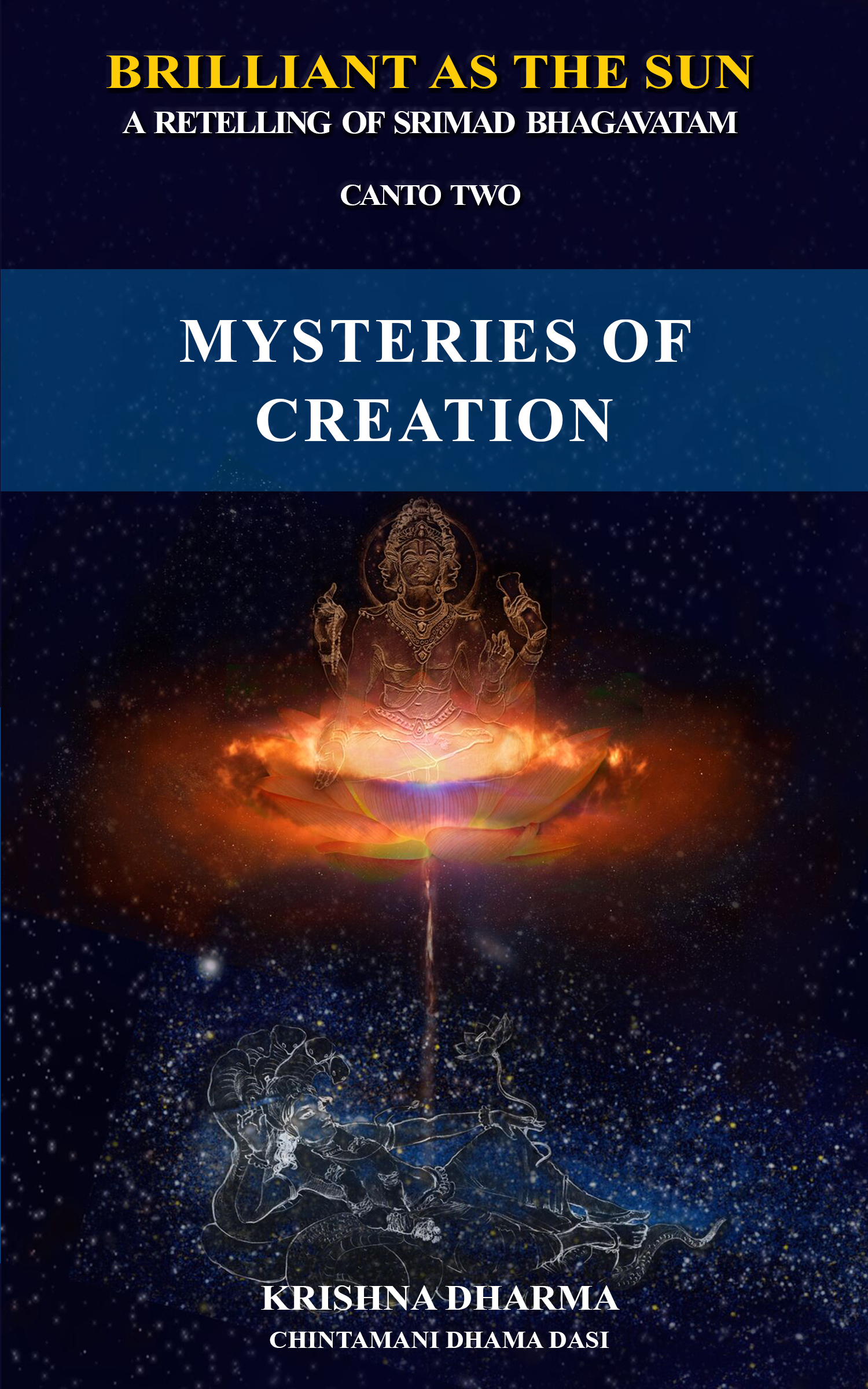 Mysteries of Creation Posted in: Books by Krishna Dharma

In this canto of Srimad Bhagavatam we hear the great sage Shukadeva Goswami answering the questions of King Parikit, who has been cursed to die in seven days. After briefly delineating man’s highest duty and the best way to conquer suffering and death, Shukadeva explains the path of mystic yoga and meditation. We are then introduced to Lord Brahma, greatest of the gods and engineer of the universe. Questioned by his son Narada, another powerful mystic, he describes the process of creation. We hear how the all-powerful Supreme Person expands the elements from his spiritual body, enters into them as an expansion of himself, and manifests the template for creation which Brahma then effects. ‘Mysteries of Creation’ presents this profound and illuminating knowledge in a simplified and dramatic style, making it accessible to all. It offers answers to the often vexing questions of why the creation exists, how we came to be within it, why God apparently lets us suffer, and how we can achieve our fullest potential by awakening our eternal nature as parts of the all-blissful Supreme. Those interested in cosmology and astronomy will also find Mysteries of Creation a fascinating read, presenting as it does the highly scientific descriptions of universal origins, as understood by the enlightened sages of Ancient India. Most of all though, anyone desiring to solve the real problems of life—birth, old age, disease and death—will find this work an invaluable resource. Available as softback, ebook and audio on link below.
Available on Amazon