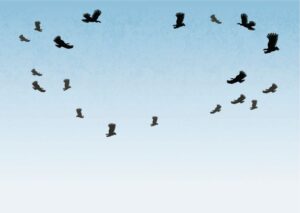 Listening today to a lecture by Srila Prabhupada, my esteemed teacher, I was struck by a brilliant analogy he gave. First, he cited a verse from Vedic literature which basically states that the attempt to improve one’s material situation amounts to nothing more than ‘decorating a dead body’. In other words, the material body is destined to die today or tomorrow. It is always dead, in one sense, as it is only animated by the soul within, which is who we are. As C.S.Lewis famously said, ‘You don’t have a soul’. You are a soul. You have a body.’ The Vedas therefore strongly recommend that we utilise whatever time we have left to realise our true identity. They point out that whatever advancement we make materially will be smashed by time, but we are eternal beings. Vedanta Sutra says, ‘Now you have an intelligent human body enquire into the absolute.’ In other words, make progress in eternity, in discovering the true self, and that advancement will never be lost.

So back to the analogy. Srila Prabhupada gave the example of a vulture; it can fly eight or nine miles high and from that vantage point can spot a corpse at some great distance.  I once lay flat on an Indian riverbank soaking up the sun for a while and within ten minutes there were three or four vultures circling overhead. Prabhupada compared this ability of the vulture to modern society. We are flying so high with our technology and material advancement, but what is our aim? Decorating a dead body. There is no program for self realisation. We are interested only in the ephemeral pleasures of the world. And as we are seeing, that pursuit comes at a painful price. So let’s come back down to earth and start on a new path of spiritual progress that never ends and is never lost. Oh, and it also results in never ending happiness.