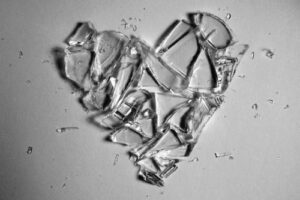 I have mixed feelings about Shakespeare. Memories of my schooldays and the obligatory Hamlet studied from every angle left me with a bit of a jaded view. But since then I have grown a lot fonder of the Bard. His remarkable gifts aside, he made some astute moral and indeed spiritual observations. I am a great fan of his sonnets and particularly like the one, number 146 no less, where he describes love. There he penned the immortal line, “love is not love which alters when it alteration finds.” He was writing about worldly love, of course, but this for me invokes an important spiritual concept. Sadly these days it does seem that often love does tend to alter when it alteration finds, and is frequently removed by the remover, as Shakespeare put it in his sonnet. I read recently that over 40% of marriages end in separation, and that’s just the partnerships that actually got as far as marriage.

Shakespeare is describing an unswerving love which is completely unconditional, but in reality, love is rarely as straightforward as that. Loving unions require dedication to make them last so unfortunately when one partner no longer pleases the other there is every chance of a split. Even between parent and child we find breakdowns.

The spiritual treatise Bhagavad Gita, often called the ‘Hindu Bible’, suggests that this is because our true loving relationship is with God. It describes us as eternal souls living in temporary bodies, going on to say that bodily relations can never satisfy us, because we the person are different from the body we inhabit. We are further described as spiritual parts of the supreme spirit or God, always seeking our loving relationship with him. As St Augustine said, ‘You have made us for yourself, Lord, and our hearts are restless till they rest in you.’

I know that all of my relationships, no matter how nice they may be, must end sooner or later with the inevitable passage of time. So, as the Bhagavad Gita teaches, I believe that my connection with God is the only love that can be truly unalterable; the eternal soul with his eternal beloved.